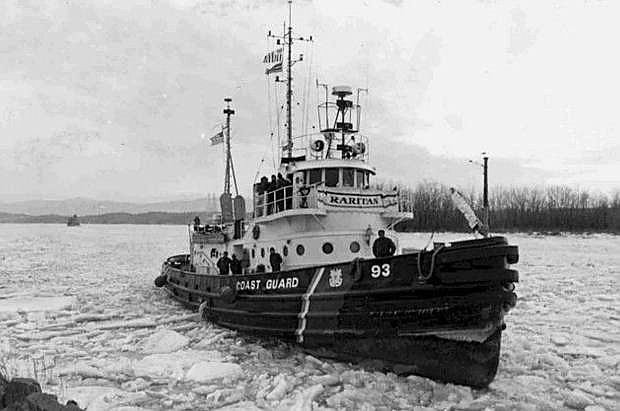 Being a sea going tug, most of the Raritan is below the waterline. Notice the beginning of the ice breaker bow. Kenneth Beaton&#039;s father served on both cutters.