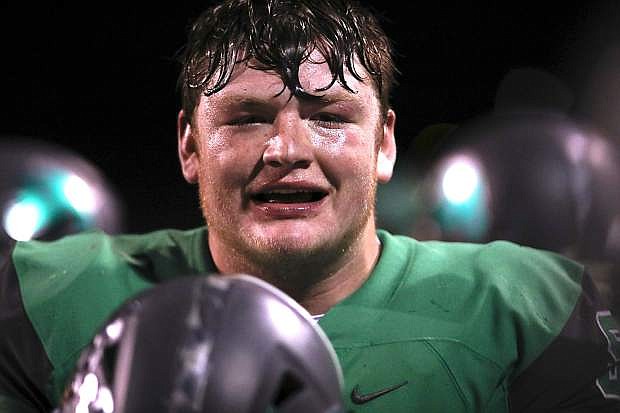 Fallon senior Ben Dooley reacts to his team scoring against Truckee. The Fallon senior was named Lineman of the Year.