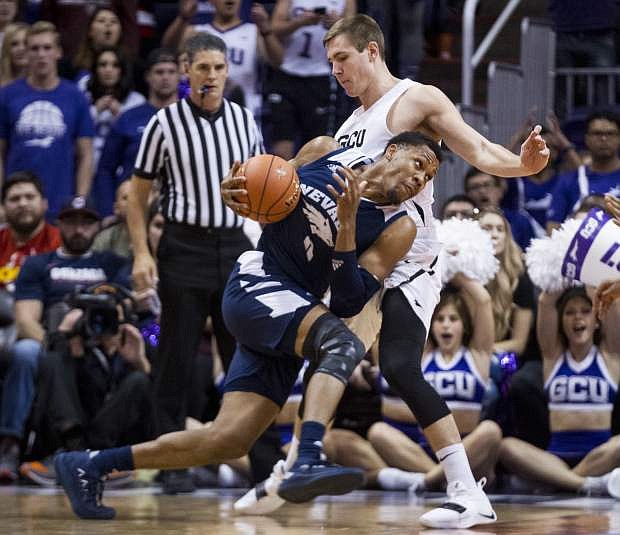 Nevada&#039;s Tre&#039;Shawn Thurman tries to get around Grand Canyon&#039;s Gerald Martin during the first half of an NCAA college basketball game Sunday, Dec. 9, 2018, in Phoenix. (AP Photo/Darryl Webb)