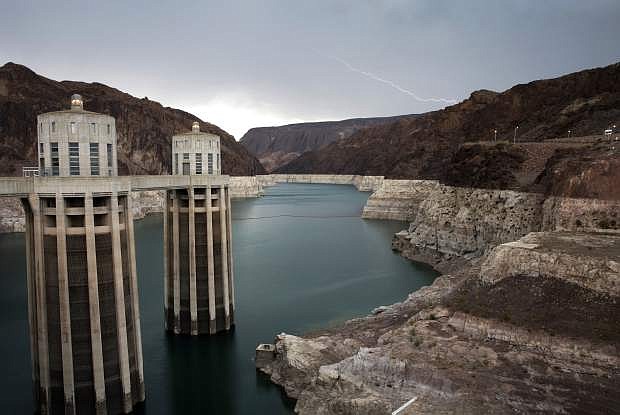 FILE - In this July 28, 2014, file photo, lightning strikes over Lake Mead near Hoover Dam that impounds Colorado River water at the Lake Mead National Recreation Area in Arizona. With drought continuing and reservoirs shrinking, several Southwestern U.S. states that depend on the Colorado River had been expected to ink a crucial share-the-pain contingency plan by the end of 2018. Officials now say they&#039;re not going to make it, at least not in time for upcoming meetings in Las Vegas involving representatives from Arizona, California, Colorado, Nevada, New Mexico, Utah, Wyoming and the U.S. government. (AP Photo/John Locher, File)