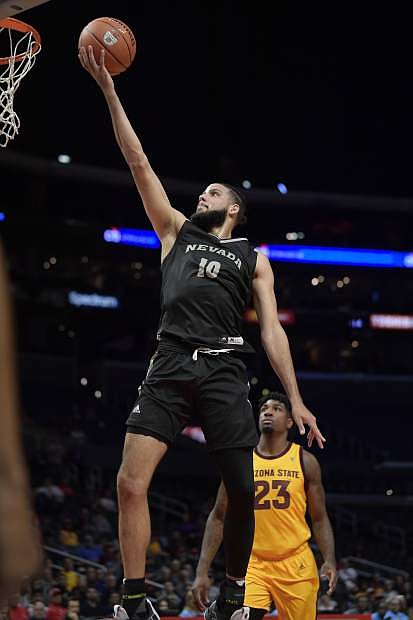 Nevada forward Caleb Martin, left, shoots as Arizona State forward Romello White watches during the first half of a recent game. While Martin isn&#039;t shooting well, he says it&#039;s still nice to be treated like a rock star.