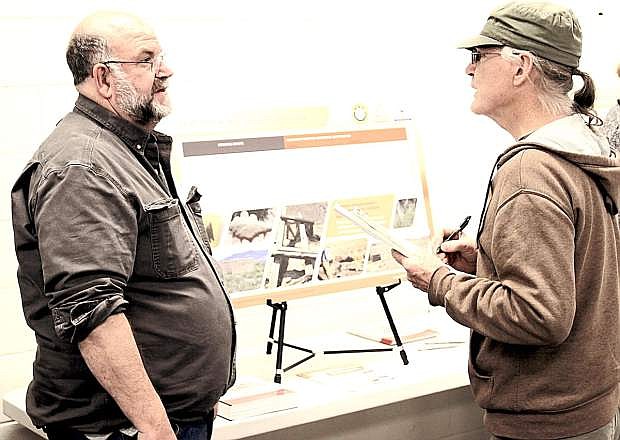 Mike Baskerville, left, with the U.S. Navy answers a question at his station Wednesday night before a presentation on training range modernization and expansion.