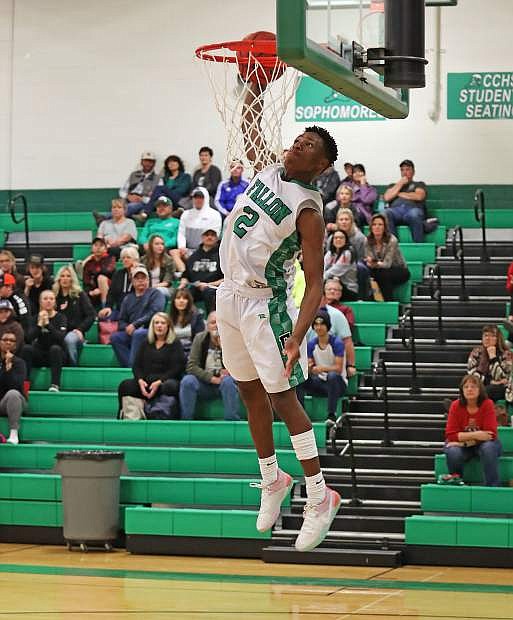 Junior Elijah Jackson dunks in the fourth quarter against North Valleys as he scored 37 points in the win.