No injuries in Sheckler Cut-off rollover 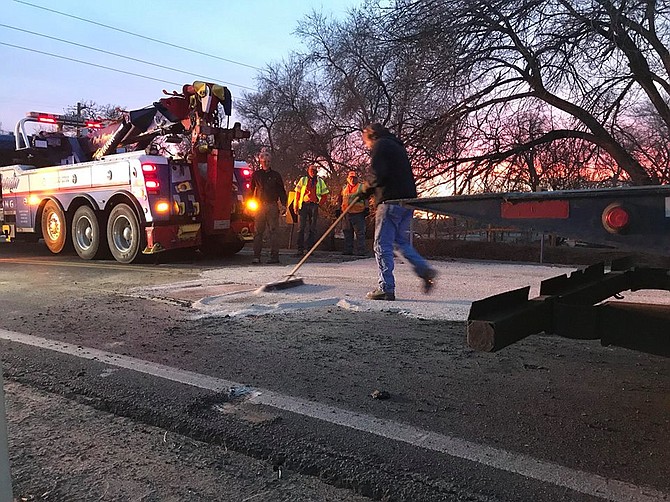 Nevada Department of Transportation cleans up the scene after four hours of road closure on Sheckler Cut-off Wednesday evening.