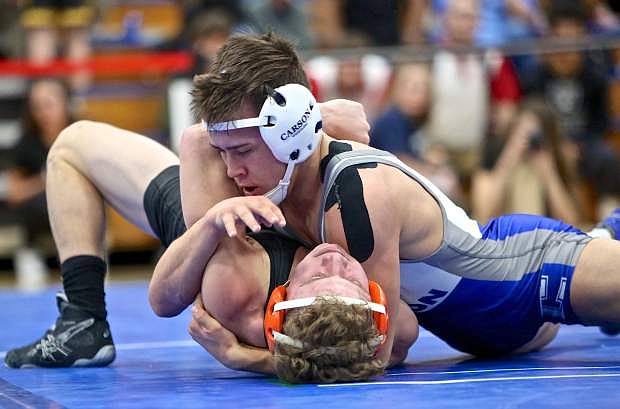 138-pounder Kyle Rudy on his way to pinning Douglas&#039; Race Coman during the first day of regional competition at Carson High School.