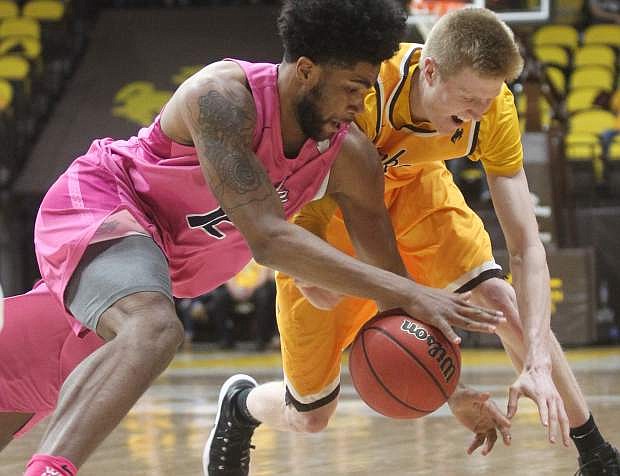 Nevada forward Elijah Foster (12) and Wyoming forward Hayden Dalton (20) scramble for the ball during the first half of an NCAA college basketball game in Laramie, Wyo., Wednesday, Jan. 24, 2018. (Shannon Broderick/Laramie Boomerang via AP)