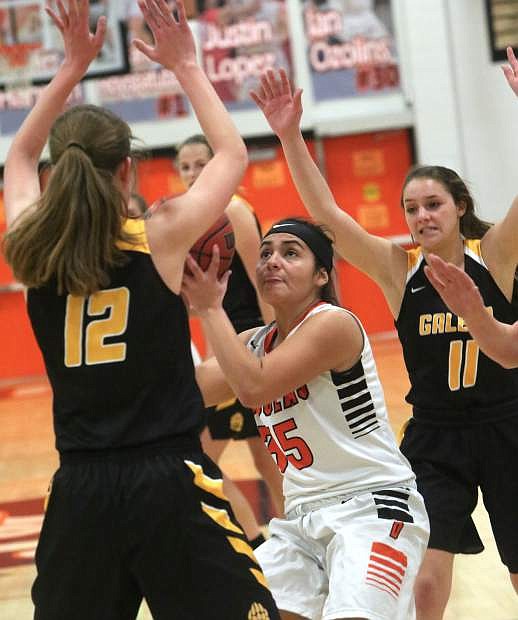 Karla Sanchez of Douglas is surrounded by Galena defenders in Tuesday&#039;s game at Douglas. Galena won, 57-42.