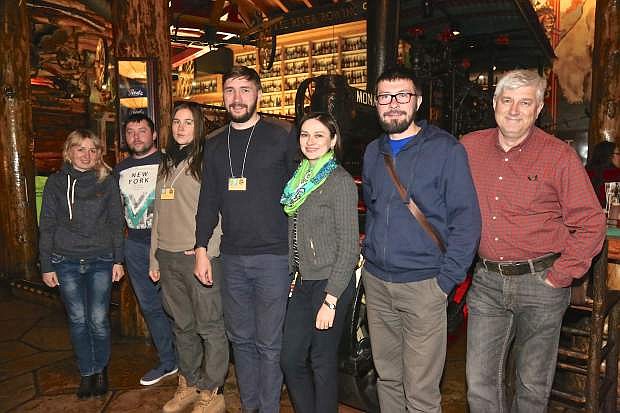 A &#039;Friendship Force&#039; Russian delegation mostly from Siberia gather at Red&#039;s Old 395 Grill Wednesday night. They are visiting environmental sites and nature preserves for eight days while in the United States. From left they are: Valentina Semenchenko, Fedor Srelinikov, Olga Kudrina, Dmitry Sychikov, Olga Tikhonova, Evegeniy Babushkin and translator Alexander Kraihiy. If you are interested in Friendship Force call Sharon Urban at 775-267-9053.