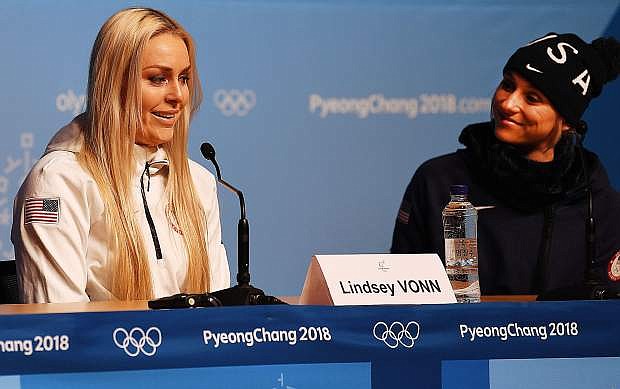 Lindsey Vonn tears up while talking about her grandfather Don Kildow, who recently passed away, on Friday, Feb. 9, at the Main Press Center for the Winter Olympics in Pyeongchang, South Korea