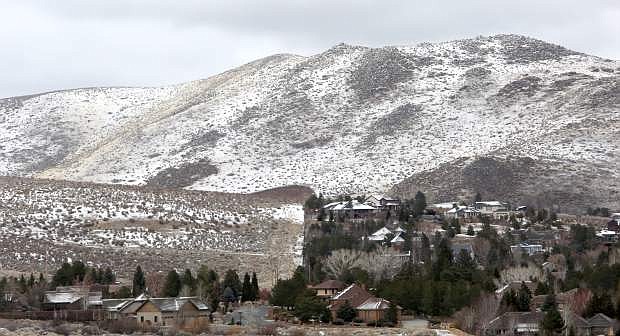 A dusting of snow covers the foothills around Carson City on Monday morning.