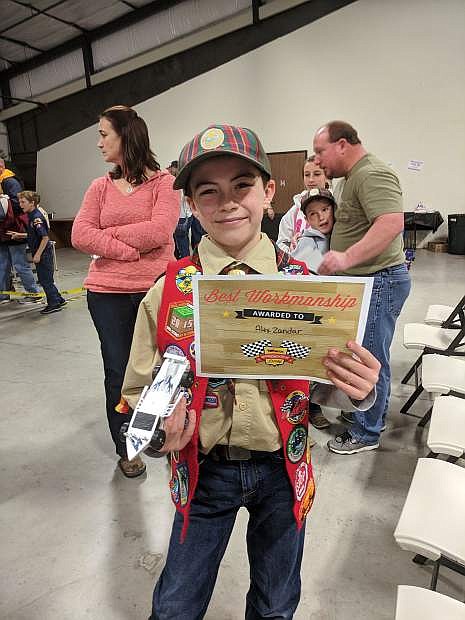 Zandar Sheldon-Davis smiles about his award for best workmanship.