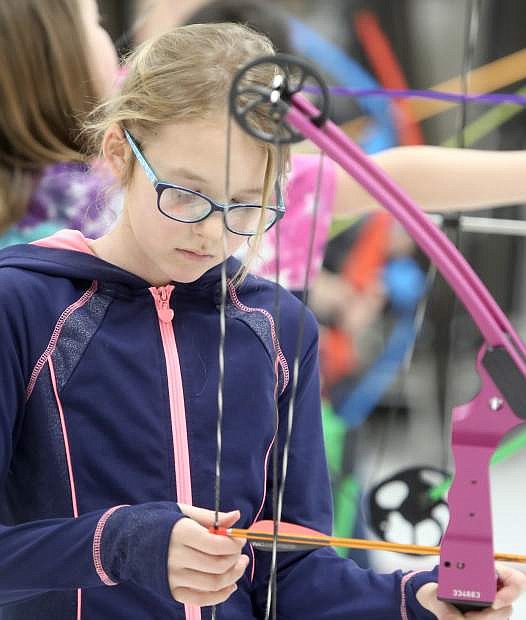 Eleanor Romero, a fifth grade student at Fritsch Elementary is a member of the school&#039;s archery team.