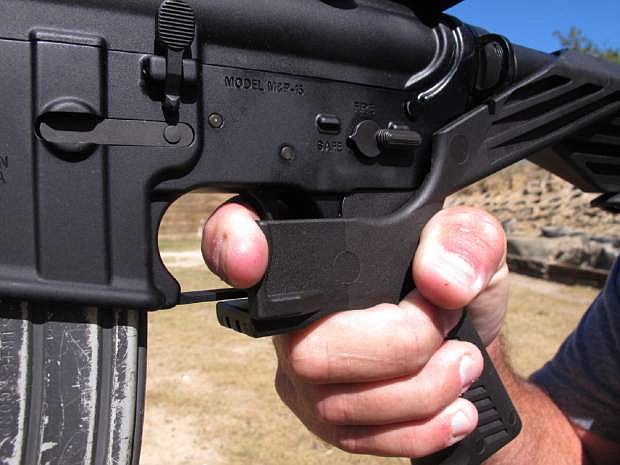 Shooting instructor Frankie McRae demonstrates the grip on an AR-15 rifle fitted with a bump stock at his 37 PSR Gun Club in Bunnlevel, N.C., on Oct. 4.