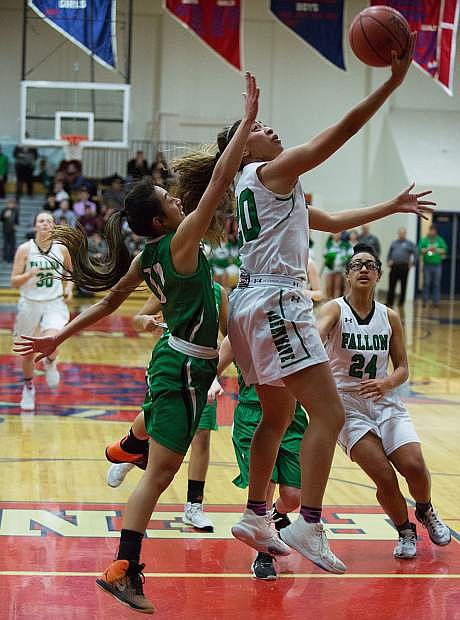 Fallon&#039;s Leilani Otuafi led both teams in scoring with 18 points as the Lady Wave advanced to the state championship game.