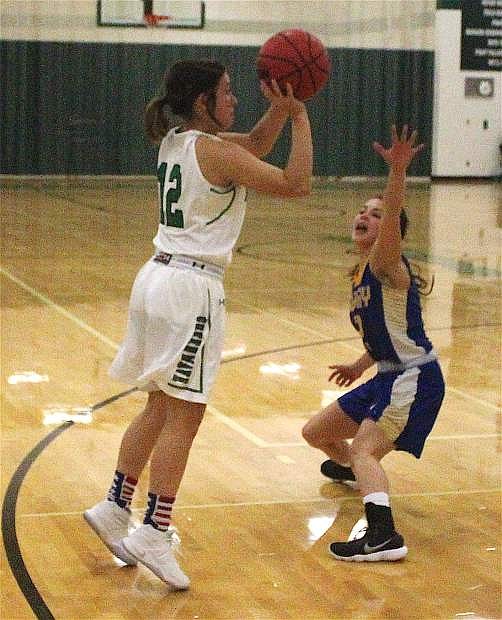 Alexis Jarrett shoots for the basket against Lowry. Saturday was the Lady Wave&#039;s first basketball game against Lowry since the state championship.