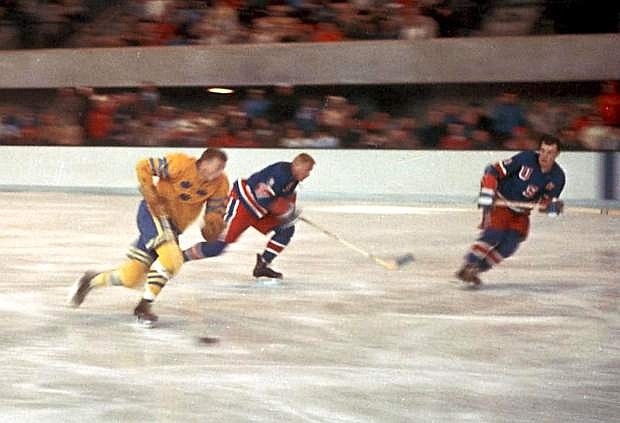 Team USA takes on Sweden during the 1960 Winter Olympics at Squaw Valley.