2 feet of snow could be coming to Sierra 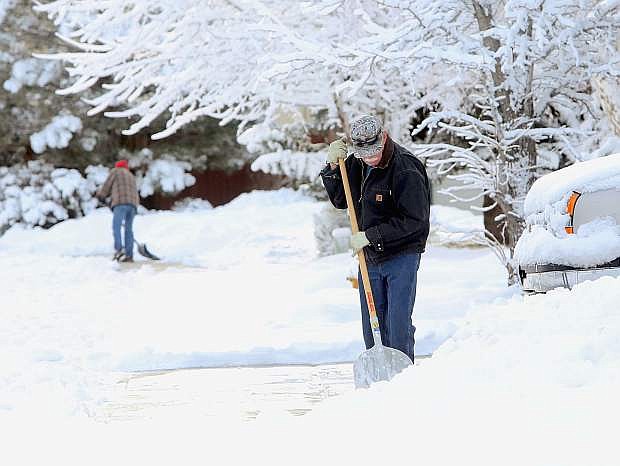 Carson Valley residents dig out from a snow storm in January 2017. Up to two feet of snow is possible in the mountains by Friday.