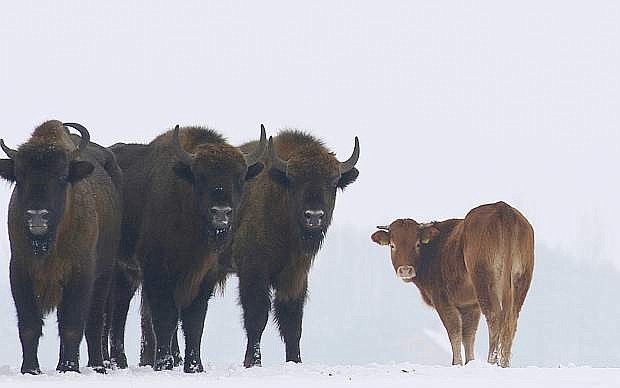 In this Jan. 20, 2018 photo, a cow stands near to a group of bison, near Wasilkowo village, 10 km from Hajnowka, Poland. A farmyard cow in Poland has chosen freedom this winter, roaming with a bison herd for three months after escaping its pen. The cow has been spotted following the bison across meadows bordering a forest in eastern Poland as they forage for food. (Rafal Kowalczyk via AP Photo)