Arrest made after Carson residence set on fire 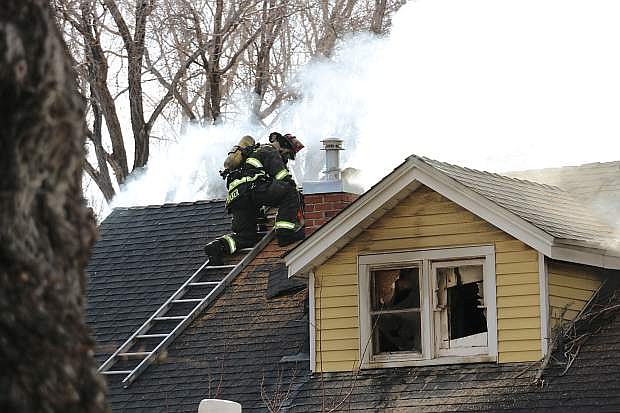 Carson City Fire Capt. Scott Baker climbs the roof of a residence to help contain an arson fire at Sixth and Minnesota.