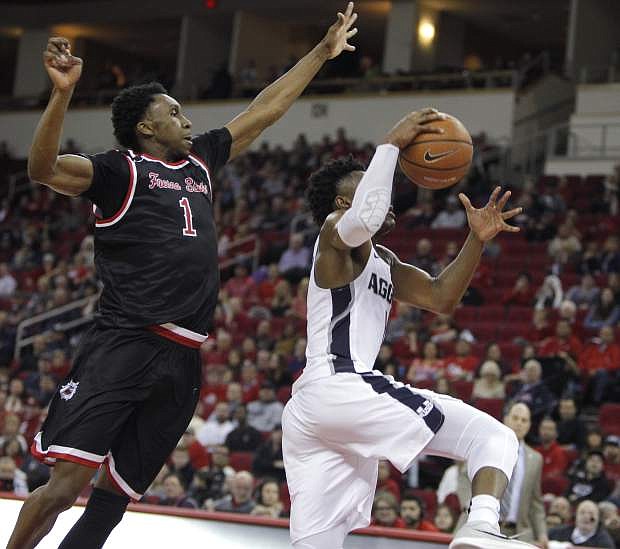 Fresno State&#039;s Jaron Hopkins goes in to block the shot of Utah State&#039;s Koby McEwen during the second half of an NCAA college basketball game in Fresno, Calif., Saturday, Jan. 27, 2018. (AP Photo/Gary Kazanjian)