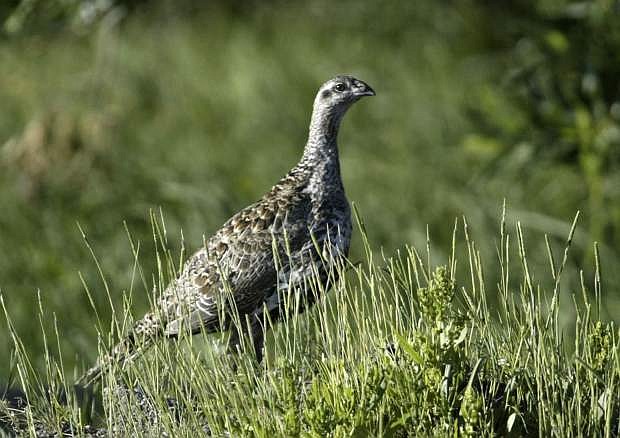 A sage grouse stands in a meadow at the Smith Creek Ranch east of Fallon on July 25, 2005.