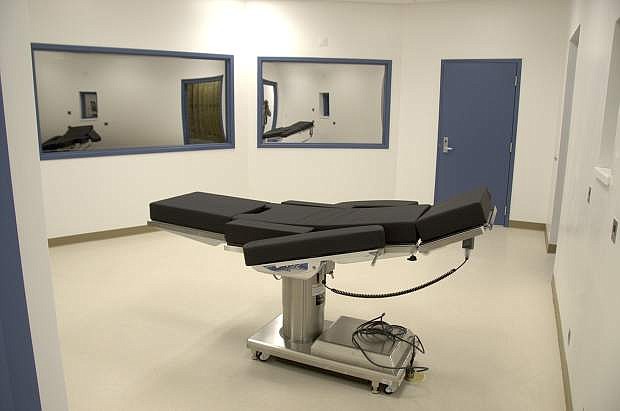 A file photo released by the Nevada Department of Corrections shows the execution chamber at Ely State Prison.