Ken Beaton: This day in history 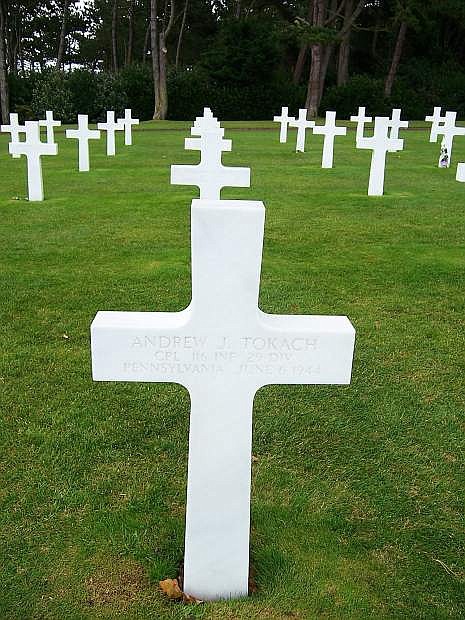 This is the grave marker for Cpl. Andrew J. Tokach, 116 INF 29 Division, Pennsylvania, June 6, 1944. More than 2,000 of our boys died on June 6. The Normandy American Cemetery is the final resting place for 9,400 American men and women with 38 sets of brothers buried side by side.