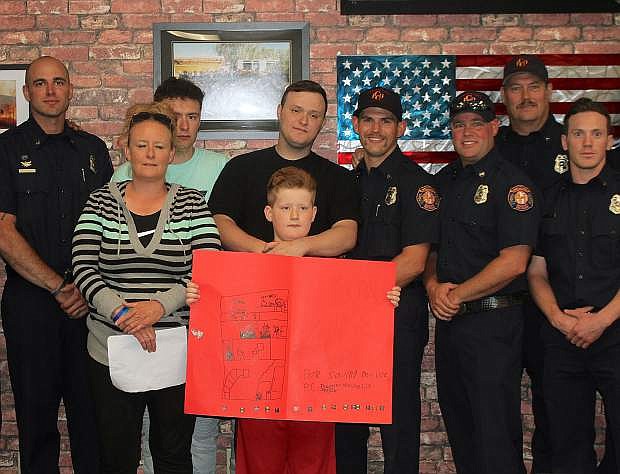 Theodore Ntalikas, his mother Lisa Robinson and his brothers Jordan and Sal Leyva stand with some of the firefighters who saved his life in a fire last month.