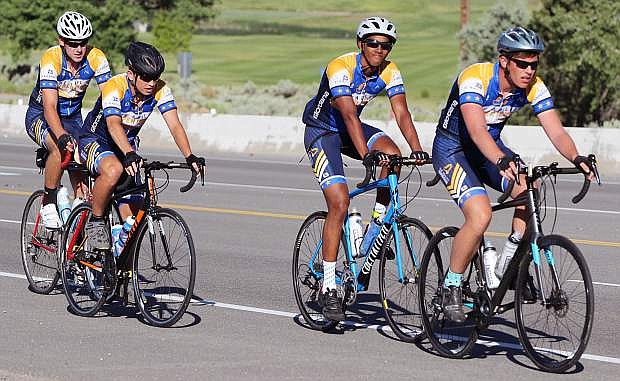 Four cyclists from Journey of Hope pedal on U.S. Highway 50.