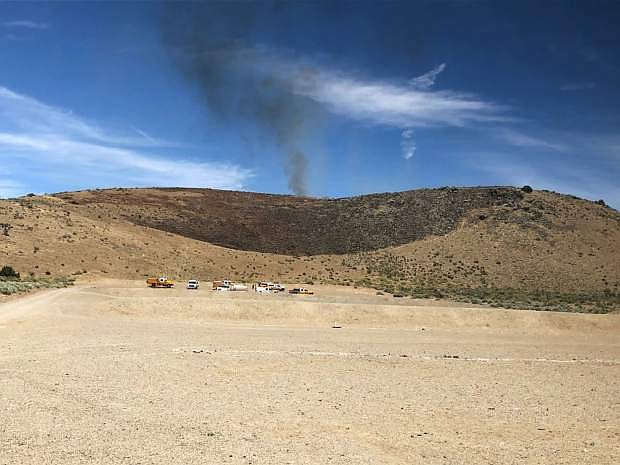 This photo from the Carson City Fire Department Facebook page shows smoke from a brush fire at the Carson Rifle and Pistol Range on Tuesday.