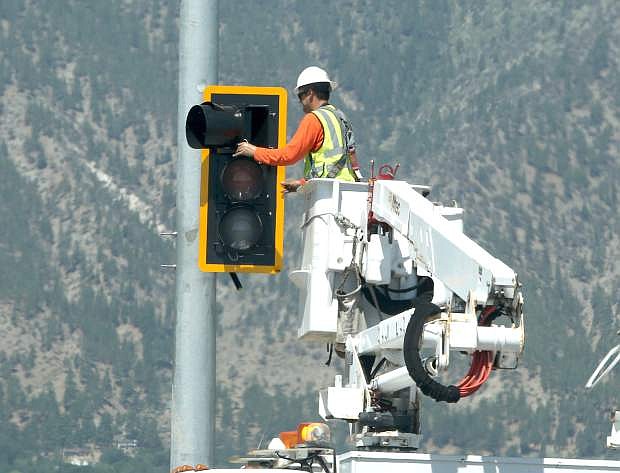 Traffic lights are installed at the Airport Road and Highway 395 intersection on Monday.