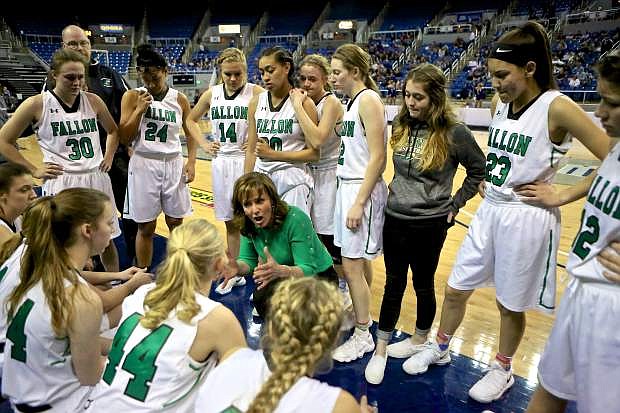 Head Coach Anne Smith rallies her squad towards the end of the game Saturday in Reno.