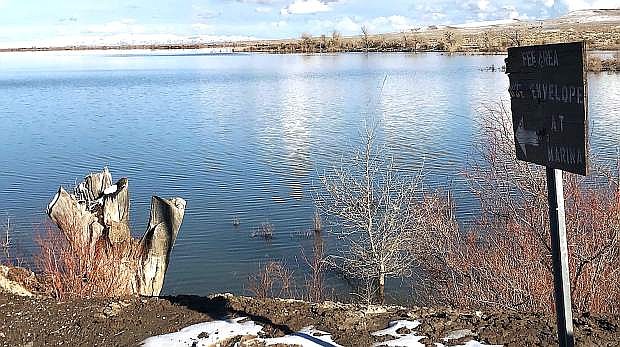 The water level at Lahontan Reservoir is more than 245,000 acre-feet as of this week.