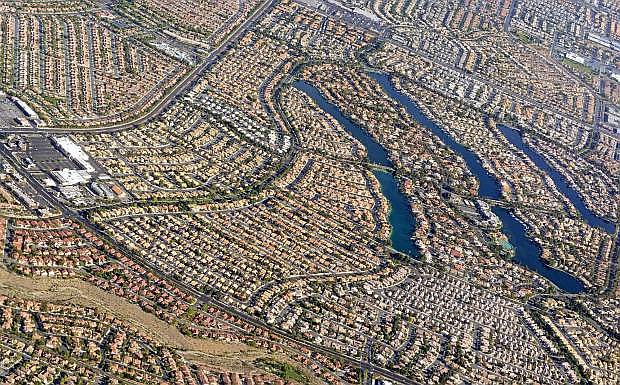 Sprawling suburban and commercial development in Las Vegas, Nevada is pushing up against the mountains in the western desert as the population increases