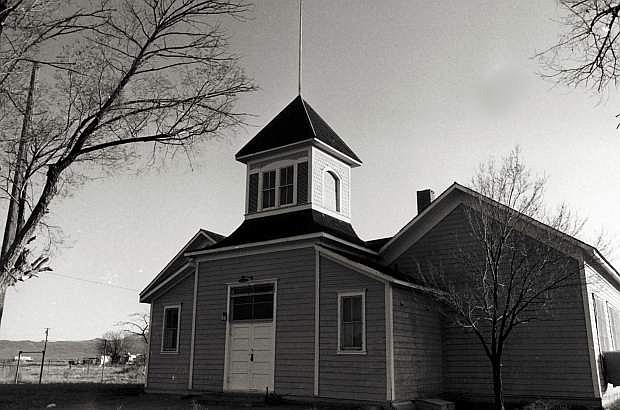 The Golconda School, now a community center, is one of the historic building still found in the old railroad and mining town of Golconda, Nevada.