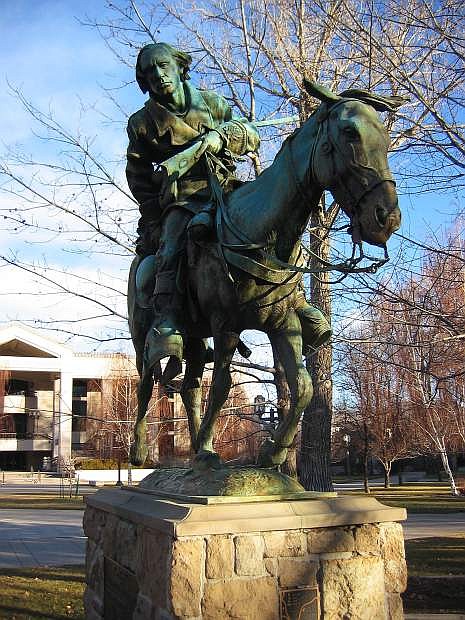 Bronze statue of trailblazer Kit Carson, namesake for the Carson River (and Carson City) is one of several such monuments that stand in the Capital Plaza in Carson City.