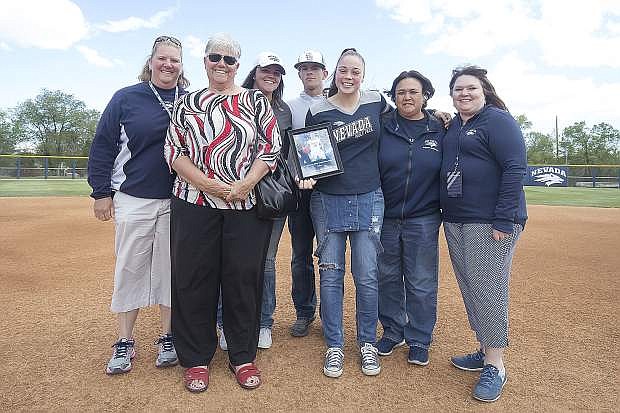 T Moe receives the Jayme King Inspiration Award from members of the King family on Friday.