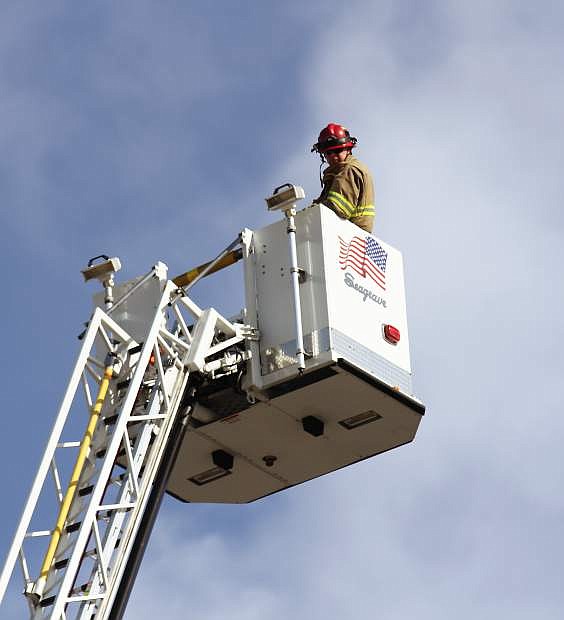 Two firefighters sit in the bucket atop an aerial ladder nearly 100 feet in the air.