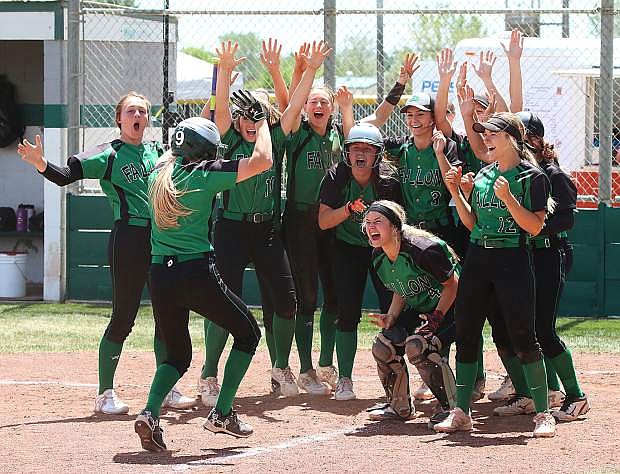 Teammates welcome Jordan Beyer after she hit a home run.