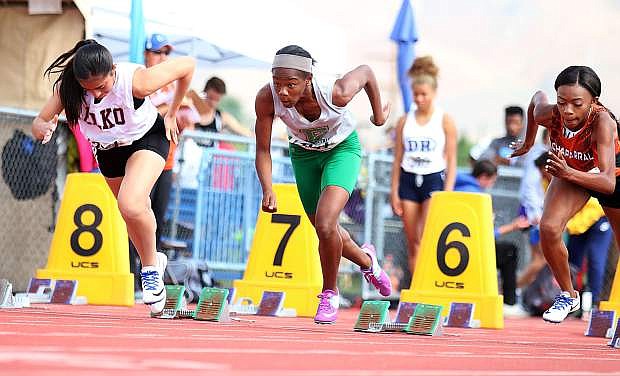 Fallon&#039;s Kyndal Collins runs out of the blocks in the 100-meter dash on Saturday.