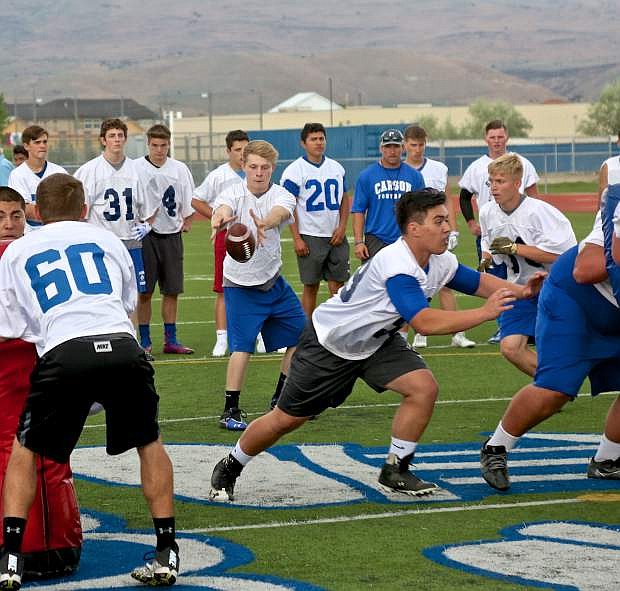 Carson quarterback Jon LaPlante takes a snap from center Thursday during a scrimmage at Carson High.