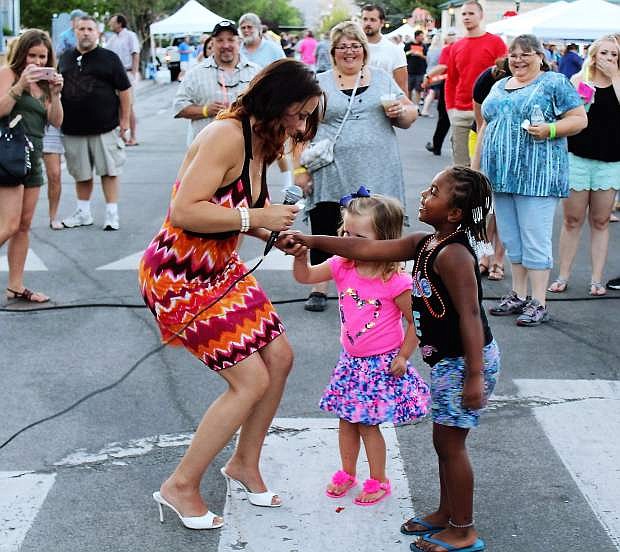 Melanie Perl, singer with the band Guitar Woody and the Boilers, enthralls two young fans as families come together to enjoy the annual Taste of Downtown. 2018 is the 25th anniversary of the event bringing thousands into the downtown core for a good cause.