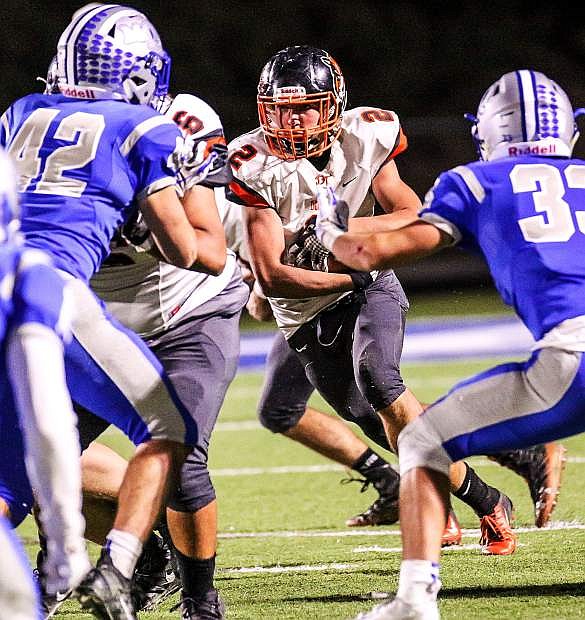 Isaac Leigh carries the ball up the middle for the Tigers on Friday night at McQueen.