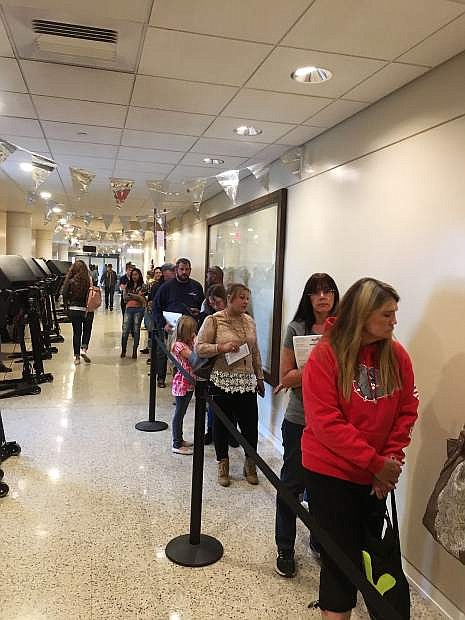 A long line waits to vote on Friday.