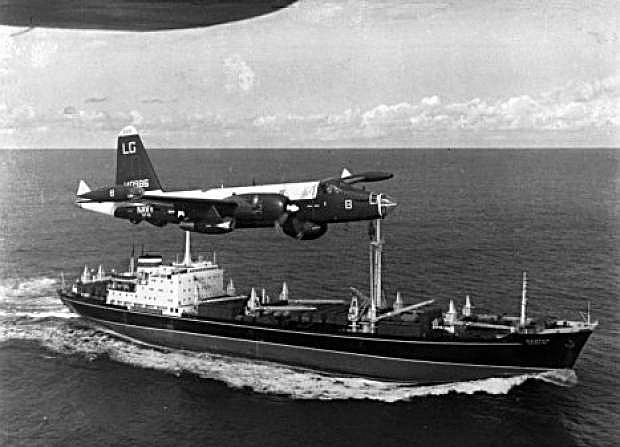 A Navy P-2H Neptune flies over a Soviet ship during the Cuban Missile Crisis.