Virginia City’s Fletcher to play football at next level 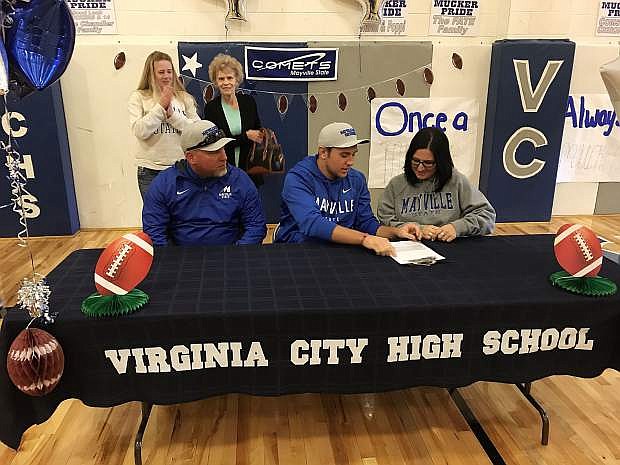 Tabor Fletcher signs his letter of intent. Sitting with him are his father Tad Fletcher and mother T.J. Fletcher. In back are his stepmother Wendy Fletcher and grandmother Bev Fletcher.