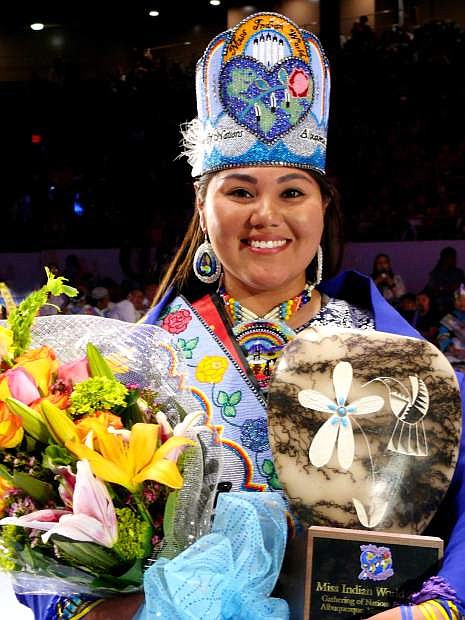 Taylor Susan, the 35th Miss Indian World ambassador, will perform at the American Indian Achievement Awards on Saturday at the Stewart Indian School.