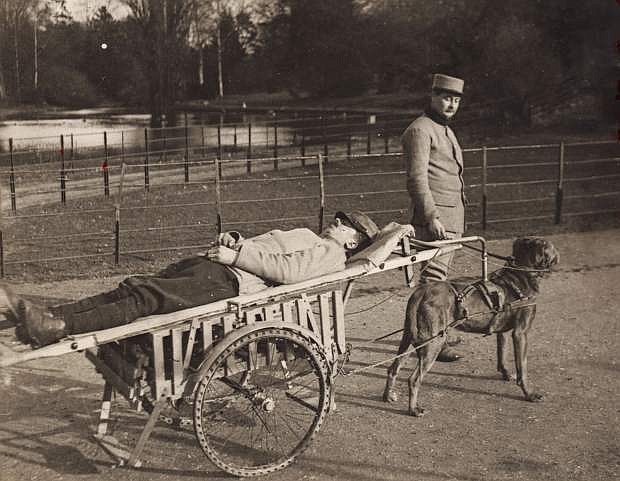 A war dog is used to pull a wounded soldier during World War I.