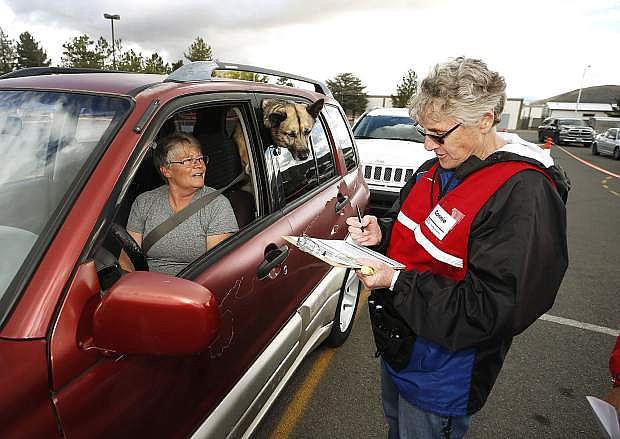 Trudi Gaye gets her flu shot during a drive-through Flu Shot Clinic in Carson City last month. The event, held by Carson City Health and Human Services in conjunction with a dozen local agencies, serves a point of distribution exercise to help the city be better prepared to handle emergencies. Photo by Cathleen Allison/Nevada Momentum