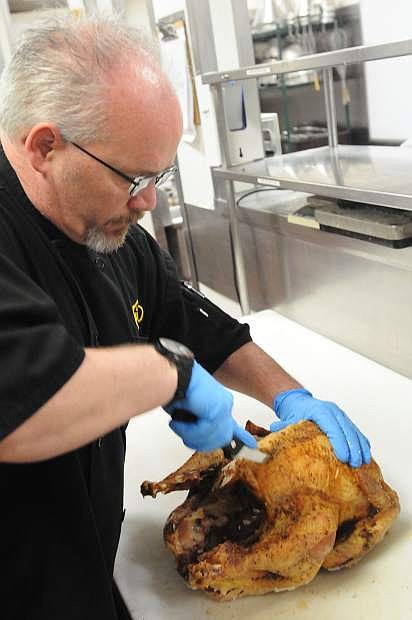 Assistant Executive Chef Scott Brown carves a turkey into serving pieces. Unlike most home cooks, it takes him just about one minute to dismember the bird. He will do same to well over 100 turkeys the Nugget will serve to people on Thanksgiving Day.